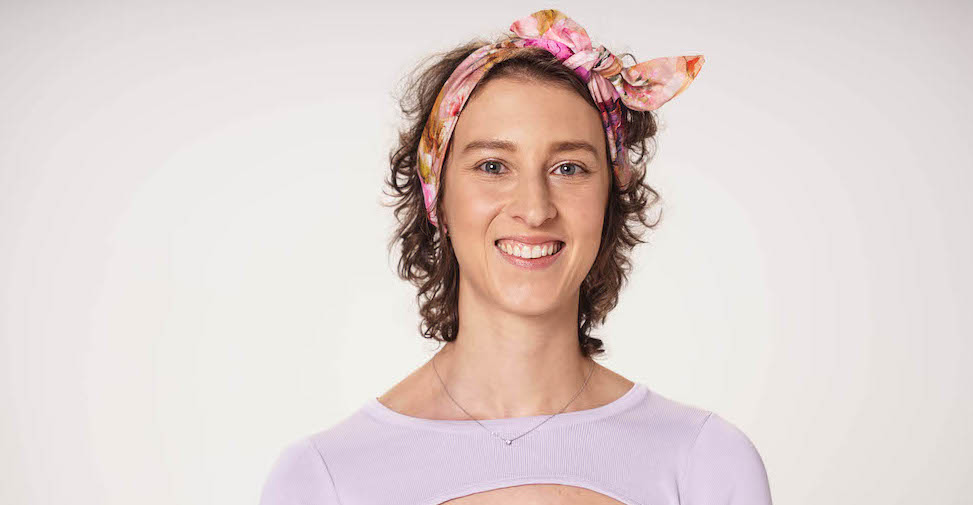 I was fit, young, healthy, a world traveler, and an avid adventurer. It was actually on a trip to Norway with my husband that I initially noticed a small pea-sized lump and persistent tiredness. Where I once represented Australia in Sports Aerobics, I could barely stand on a paddleboard because my legs were just shaking underneath me.

As the lump got larger pain soon followed so I went to the local emergency department. The doctor on duty was concerned enough to refer me to a breast surgeon and strongly suggested I see him before we continued on with our holiday.

As advised, I visited the surgeon who told me that he often saw young people with similar lumps, concluded it was just a benign cyst, that I was too young for breast cancer and it was nothing to worry about.

Based on his recommendation and reassurance, I was determined not to let this ruin my European adventure, so I carried on with my holiday,

Upon returning home, my gut told me something still didn’t feel right. I was constantly fatigued and the once small lump continued to grow. Gut instincts really are guardian angles and without listening to mine or being so proactive with my health I doubt I would even be here today. I was continually dismissed by doctors who told me they couldn't treat me without a biopsy, but I persisted until I found an oncologist who confirmed the worst.

The lump, initially diagnosed as benign, was in fact Stage 3 Breast Cancer and during the month I had been traveling had grown rapidly, spreading to my lymph nodes.

Following five long months of double dose chemotherapy, three agoniSing surgeries (thus far) including a single breast mastectomy with implant reconstruction and axillary node clearance, partial ovarian tissue dissection followed by a mastectomy of my remaining breast with implant reconstruction and a course of radiotherapy, my treatment journey is over.

Today at 31 years old I am finally cancer-free.

I would urge all women to always follow their gut instincts, be proactive in their health. Get a second or a third opinion if you are not sure. It’s not enough to just know the symptoms, we have to speak up and say we have them. Awareness is nothing without action

Unfortunately, cancer doesn’t take holidays and the longer you wait the more treatment you will need.

Cancer has definitely changed my perception of life and how grateful I am to be living, I feel like until you are faced with death on your doorstep you don’t realise how lucky you are to be alive and more importantly – to be healthy!

My advice to others who may be going through cancer right now is to remember that even after the worst storms, the sun will eventually shine again.