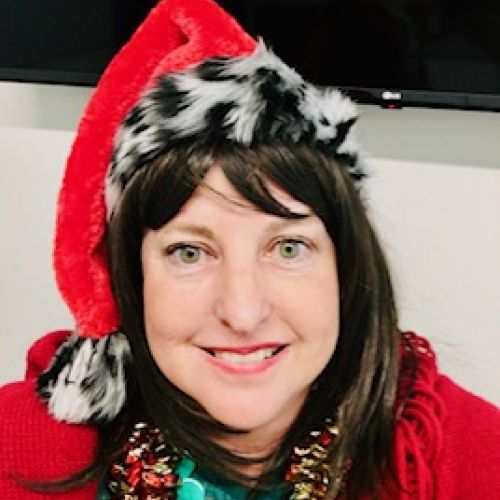 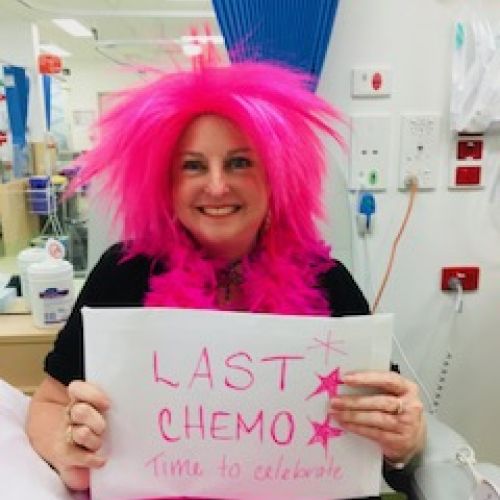 My breast cancer story began when I was a teenager, watching my poor Nanna succumbing to the disease. The vision of her skeletal frame swimming in her nightie and bald head haunts me to this day. She was overcome by awful nausea and was very frail. I prayed she would get better and that none of us would ever have to deal with this disease. She passed away at the relatively young age of 57.

Unfortunately, breast cancer struck our family again when my mum discovered a lump in her breast through a mammogram. This was found to be malignant. At the time of discovery, she was 62 and had a lumpectomy and multiple lymph nodes removed. It had spread to her nodes by this stage, and she had to endure chemo and radiation. I felt it was too late by that stage. She had a few good years after that, and we celebrated. Three years later, after her initial diagnosis, she started complaining of pain in her hips and legs. The doctor advised her to see a physio for treatment. It didn't get better, and she had a scan. Just before Christmas, they found multiple spots of cancer through her pelvis, femur and skull. We were all devastated. This led to further rounds of chemo treatment, to which the doctor advised hopefully could contain the cancer to her bones.

The following year, she fell and broke her femur, which was already weak from cancer. She ended up needing a walking frame for the duration of her life.

Treatments continued, but the cancer kept spreading, and she was wasting away. She remained positive, though, and her strength astounded me. Towards the end, she was still making herself up and dressing up. She died five years from diagnosis, at the hospice at Christmas time, her favourite time of the year. She was 67.

The sadness and emptiness in losing my mum and best friend was overwhelming. Somehow, we kept going, and in 2012, my sister and I and our husbands had a wonderful holiday in Europe, travelling to 8 different countries. I'm sure mum, was with us on that trip in spirit. We heard her favourite songs in various bars etc., on that trip.

Three years later, after her death, I discovered a lump in my breast. It was shocking as I had only had a mammogram and ultrasound two months before, which was clear.

Something guided me to check my breast. And my hand went to a small pea-shaped lump near the nipple; my hand went straight to the spot.

After this, I saw my GP straight away and was referred for a breast ultrasound, mammogram and cone biopsy. When she called me the next day, I had a feeling it was going to be bad news. Sure enough, it was malignant. I would need to find a breast surgeon. This devastating news caused me to question if this was genetic, so I wanted to be tested.

Apparently, there weren't enough people diagnosed in the family to do that, then. I wished I had known before I underwent a lumpectomy, breast reduction, which I'd always wanted. I always hated being so large breasted. They did a sentinel node biopsy, and great news, it hadn't spread to the nodes. I then had to endure six weeks of radiation therapy; it was awful. I was also still working full time and going after work to my treatments. My husband at the time was so supportive and kind through the whole ordeal, and I wouldn't have gotten through it without him. I was 48 when diagnosed; all the doctors kept saying I was young.

After that, we had some more overseas trips together, and I was determined to live life to the full.

In 2017, I learned that my beloved uncle Chris (Mum's brother) was diagnosed with prostate cancer. Unfortunately, he hadn't sought treatment soon enough. After many sessions of chemo, he wasted away and passed away at the age of 64. My auntie and I then went back to the Genetic counsellor, got a referral and did the blood test. Eight weeks later, I found out that I was a BRCA2 Carrier.  I couldn't believe it, even though I'd long suspected it.  My sister, auntie and father all tested negative.

Two months later, I was booked in to have my ovaries and fallopian tubes removed. That was OK, at least no more periods and discomfort. I had recently completed my five years of Tamoxifen.

It didn't end here; I began feeling pain in my left breast last year when I lay on it. Something didn't feel right, so I got a referral for a breast ultrasound. I waited a week to find out that they had found a bilobed lesion in my left breast. At the time, I was also going through the breakup of my marriage. Then it all happened again; the biopsy revealed malignancy. I cried for three days in disbelief and shock. My only option now was to have a double mastectomy and immediate reconstruction, which I desperately wanted.

So two months later, I went through with this procedure. I was so scared and wondered if I would survive the long surgery. I had lots of workmates to support me. The procedure took 14 hours, involving teams of surgeons and a plastic surgeon. When I woke up, it was nighttime, and I had gone in at 8.30 am. I was taken to my room, given strong painkillers, and was never left alone through the night. I had four drains and a catheter attached to me and felt like a Christmas tree. I didn't feel any pain and was drowsy for two days. I finally had to get up and shower. A wave of dizziness and nausea came over me. I had my drains supported on a walking frame; what a relief a shower was. Next, they got me up, walking the corridors with a physio. I was also fitted with a surgical bra and Velcro belt to support my breasts and stomach wound. These had to be worn solidly for a least six weeks.

Finally went home, when all the drains were empty, and I could get about.

I got the results of my surgery, no lymph node involvement, but as it was a Grade 3 tumour. I was going to have to endure four chemo treatments and would lose my hair. This was my worst nightmare, especially when my hair started falling out every time I washed it. I had been to the Cancer council and had hats and a lovely wig to wear. It was still terribly difficult and hot wearing the wigs over Summer. As well as the chemo, there were a few complications with my wounds, and I was attending the hospital for regular dressings as well.

Fortunately, during chemo, I wasn't throwing up just during the week after I felt so fatigued and unwell. I kept working through it.

My friends were fantastic, visiting and cooking me meals, their support was phenomenal, and my hospital room had looked like a florist, with all the flowers and gifts. I realised that I was fortunate. The surgery didn't go nearly as bad as I expected, and now I have a new set of breasts and a bonus tummy tuck.

I am now in remission, and my hair has grown back thick and curly. I often think why me, but this journey has also taught me to live life to the fullest and enjoy the simple things. I would love to help other women in their cancer journeys and feel I could almost write a book about mine