Angel’s Story: “I needed to stop and make my health a priority” 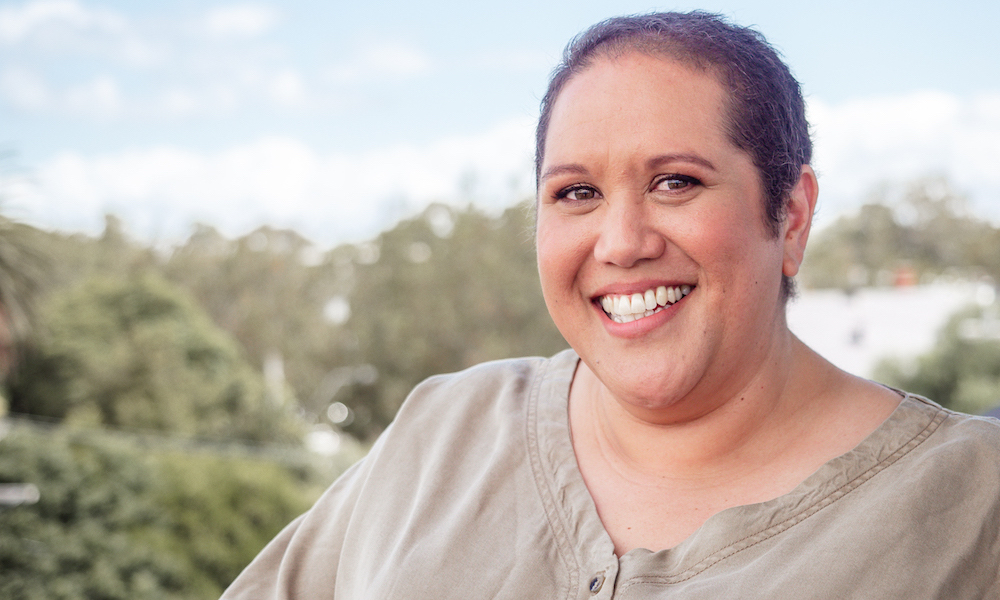 “We’re a family who has a very strong history of breast cancer. So we have to be extra vigilant when it comes to having check ups and doing self-checks.

“I didn’t find the lump in my breast. My partner was cuddling me one morning and when his hand brushed across my breasts he felt a lump. Initially I dismissed it, as my period was due and my breasts can become hormonally lumpy around this time. I kept checking my breast and noticed that the lump was gradually getting bigger and becoming slightly sore. I also noticed that when I was exercising at the gym, simple movements such as jumping and skipping really hurt my breasts.

“Due to my family history of breast cancer, I have always regularly checked my breasts. I have a saying: ‘Feel it on the first’. I was pretty vigilant, so at first, I thought the lump must be from an infection. My partner urged me to make a doctor’s appointment. She prescribed antibiotics in case the lump was from an infection. To be on the safe side she sent me for a mammogram and ultrasound.

“I had the scans on the Wednesday and the results arrived on the Friday. They had found a ‘highly suspicious malignant lump’. I was able to immediately book in to an oncologist who scheduled a biopsy for the following Tuesday. The weekend was extremely stressful as I waited and worried.

“The results from the biopsy came in on Thursday. I was diagnosed with triple negative breast cancer. I couldn’t believe that in the space of two weeks I had gone from being ‘healthy’ to having breast cancer.

“My oncologist explained my diagnosis. I thought that because the diagnoses had the word ‘negative’ in it, that this was a good thing! Triple negative breast cancer doesn’t have any of the three receptors – oestrogen, progesterone and HER2 – that are typically found in breast cancer cells. Around 15 per cent of early breast cancers are triple negative.

“The good news was that triple negative breast cancer usually responds well to chemotherapy and are less likely to have a recurrence of the disease over a five and ten year period.

“My treatment began immediately. I had a very high dose of chemotherapy during my first round of treatment. This is typical for triple negative breast cancer treatment and a chemotherapy course can go for four to six months, depending on the severity of the breast cancer and what your oncology team think your body can handle. Everybody is different.

“Every two weeks I had a chemotherapy treatment. After my first session I didn’t feel any differently to before – I thought, ‘wow, this is going to be easy.’

“But by the second round of chemo my hair began to fall out. I would stand in the shower and clumps of hair would be in my hands. That was quite difficult to handle. My eyelashes and eyebrows didn’t fall out, although I know that some people do experience this. And I wasn’t particularly nauseous – I didn’t vomit or any other side effects. Despite it all, I felt lucky.

“Even though I rarely felt hungry, my team encouraged me to eat, although I did worry about putting on too much weight. My team explained that it was important that I had some weight in ‘reserve’, in case I needed it to fight anything unexpected.

“As my chemo treatments continued my side effects did increase: fatigue, loss of taste and joint pain. Compared to other women I spoke to in my chat support group, I still felt I’d gotten off quite lightly.

“One non-medical piece of advice my oncologist told me was to stay off Google! Instead, I found the help and advice on Pink Hope so helpful and reassuring. There’s so much information about treatments, plus preventative treatments going forward that I felt really educated about my treatment and future.

“My medical team were amazingly supportive. They explained to me that treatment for triple negative breast cancer had come a long way during the past few years. My prognosis  was optimistic. Every time I needed an answer they were more than happy to answer it and were very reassuring, every step of the way. They’d help me put my fears to rest so that I could just concentrate on getting better, and not worry about the ‘what ifs’. I did have dark days and periods of feeling sorry for myself when I didn’t know if I had any fight left in me. Thankfully those days were rare, and when I did feel demoralised my partner, my family and my medical team were there to motivate me and encourage me.

“As a regular gym goer I found it difficult that I wasn’t as strong as I usually was. Since my treatment I’ve had to start again at square one. Rather than dwell on this as a step backwards, I’m using it as a new beginning to get my body in shape and as healthy as possible. Keeping active was a must for me, it helped me establish a positive mindset, which I think helped me get through any doubts or difficult days.

“Being diagnosed with breast cancer is quite a wake up call. I’ve realised that I need to put myself first, my health, my needs, my happiness. We don’t know how much time we’ve got in life – it’s important for me to help and support others. And it’s important to ask for help too. People feel helpless when you’re going through cancer treatment and really do want to support you in any way they can. Asking for help was difficult for me at first, but knowing when to say ‘yes’ to other people was a positive step on my journey. In order for me to be strong, I need to make sure I’ve taken care of myself and sometimes that means asking for help.