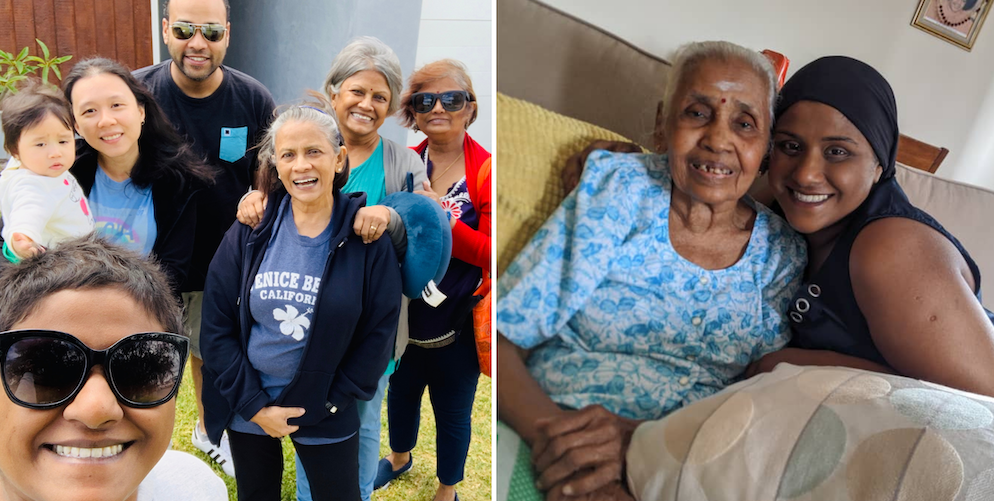 In April of 2019, Ashwini found an unexpected lump on her breast in the shower.

She had known that breast cancer had run in her family and was not willing to take a risk on her health. Ashwini visited a GP, then and radiologist who sent her in for ultrasounds, mammograms, and biopsies to discover that at the age of 30, she had been diagnosed with stage 2B Ductal Carcinoma Breast Cancer.

"My first thought was, I'm 30, this doesn't happen to young people. Only 6 hours later did I process the information and you could find me crying on the bathroom floor"

She had to undertake 3 months of chemotherapy and 30 rounds of radiation all while pursuing her passion for working with special needs high-school students. Her family of five all flew to Australia from Malaysia to help her through her journey and she says that the role they played in her journey supported her both physically and emotionally.

When Ash finished her active treatment and was in remission, her students surprised her with a party filled with all her favourite sugar-free foods and little notes of love and support that she is instructed to read whenever she feels down.

When Ash began sharing her story on social media, she unknowingly influenced a school friend who had been putting off getting a breast check. This test resulted in a stage I breast cancer diagnosis leading to a single-side mastectomy. She reached out to ash to say; "I wanted to say thank you because if it wasn't for you I wouldn't have gone and checked." Due to her early detection, she had prevented herself from undertaking chemotherapy and radiation.