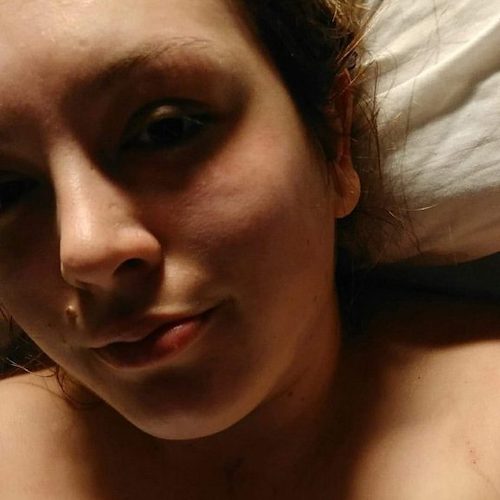 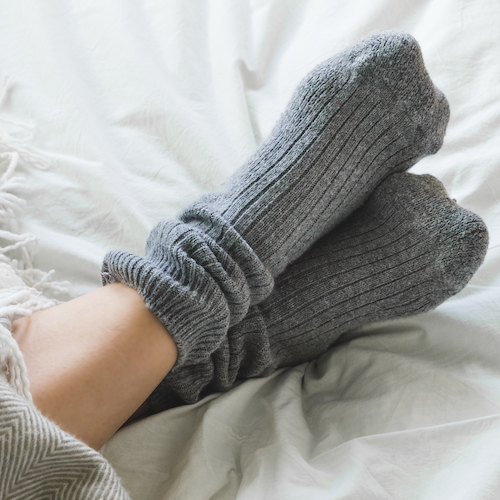 My name is Courtney, I’m 25 years old and I’ve learned that no matter how hard things get, you can always pick yourself back up again.

I know this because when I was 17, I got really sick.

In and out of hospitals, undergoing numerous procedures and operations, I was finally diagnosed with severe pneumonia. Being so young, I recovered quickly once diagnosed and treated but, the strangest pattern started playing out as I fell sick and was diagnosed once again with the exact same illness 12 months later, to the day, and then again, a year after that.

On the fourth year, the date fast approaching of my ‘annual’ diagnosis, then nothing?

I was ‘well’, but I knew in my gut that something wasn’t right, even though I felt healthy. Luckily, I chose to trust my gut and asked my doctors to do every test they could to get to the bottom of what was wrong with me.

As part of this, my doctors compared my most recent lung X-ray to the very first one, back when I was 17, and noticed that there was a shadow that had tripled in size.

At the age of 21, I was diagnosed with Lung Cancer and was subsequently admitted to the hospital for a lower lobectomy to remove a Mucoepidermoid Carcinoma.

Not long after dealing with this life curveball, my Mum told me that there was a possibility that I could have inherited the BRCA2 gene mutation, increasing my lifetime of risk of developing breast and ovarian cancer.

My paternal grandfather passed away, in 2016, from cancer that originated from his prostate, and after his passing, genetic testing was performed which showed that he carried the BRCA2 gene mutation. This also explained why he had been diagnosed with Breast Cancer in 1995, a very rare occurrence for men.

What many don’t understand about the BRCA gene mutation, is that it isn’t gender specific. It can be carried by both males and females and can be passed through family lines from male to female and female to male.

My Aunty, his daughter, also tested BRCA2 positive and has since had a preventative double mastectomy, as well as a hysterectomy. However, my Father had chosen not to be tested. Sadly, he has been diagnosed with pancreatic cancer and has been receiving treatments for the past 2 years.

The day I found out that I too had tested positive for BRCA2 was hard. I took my Grandma with me to the appointment for support and I can remember sitting in the waiting room watching a lady get a box of tissues and put them into the room I was waiting to enter. I said to Grandma, “why would I need tissues if I tested negative?”.

I think she knew too but was trying to keep me calm.

When we sat down with the genetics team, I was asked “do you have any more questions about any of this before we go over your results?” I replied… “why would I need more information, if I don’t have the gene?”  The doctor replied, “I’m really sorry Courtney, but yes you do in fact have the BRCA2 gene.”

My Grandma squeezed my hand so tight I thought it might fall off. I think I cried but mainly, I was shocked.

I kept thinking to myself, “why the hell does this crap keep happening to me?”

Once I knew I carried the BRCA2 mutation, I went to different doctors to be given all the options and information I could want or need. I spoke to a family friend who also had the BRCA gene and she insisted I join the Pink Hope community for some extra support.

Through the community I met someone that was my age, had the same genetic mutation and had already completed the process of having a preventative double mastectomy with a DIEP reconstruction. She only had a few more appointments left and was heading towards the next chapter in her life; exactly what I wanted. I spoke with her often about my frustrations around how I wanted to deal with this ‘ticking time bomb’ but had been told by doctor’s that this wouldn’t happen until I was at least 25, I was only 23 and considered too young.

I went through the required steps and soon enough was on the waiting list for a mastopexy in preparation for a double mastectomy and DIEP reconstruction, which would be performed six months later.

The mastopexy was like a walk in the park. Barely any pain, quick recovery, and my boobs looked terrific almost immediately! Unfortunately, this gave me a false sense of security as the follow-up surgery, six months later, was incredibly hard on me.

When I awoke from my mastectomy and reconstruction I had so much pain and it didn’t stop for hours. The thing that got me through the first night was my boyfriend, Nathan. He sat in a chair beside my bed all night making sure that I was ok.

Over the next week he traveled via trams and trains to and from our home in Geelong, he would go to work for 8 hours then come see me each day, if only just for an hour. He brought food from home and he would trade with me, the yucky hospital food.

After a week of recovering in hospital, I was able to go home. But after a month of no healing and constant trips back to the hospital, I was readmitted to be re-stitched. This time I had a new addition to my regular drainage tubes, a Vac machine. This machine was heavy, harder to hide under clothes than my normal drainage bottles and it needed to be charged every night. I was told that it was putting a negative pressure on my wounds so that they would heal faster. And although it was such a massive pain in my you know what, it did exactly what it was meant to.

All up I had drainage tubes in my stomach incision for about 4 weeks. It was painful, embarrassing and a complete inconvenience. The day I got them removed, I was ecstatic. The fact that I could get up and walk away without having to carry anything attached to me, was so relieving!

Over the next few months, my wounds became scars and my body slowly changed. In some ways for the better and others, not so much.

Currently, I am on the waiting list for my final mammoplasty surgery which will be followed by cosmetic tattooing of areolas. Although all of the tests and surgeries will be finished soon, my journey is far from over. While making these decisions to reduce my risk of a Breast Cancer diagnosis, I’m aware that when I have my own family, these challenges will reappear for my children.

And although it breaks my heart that there is a 50% chance that I could pass the BRCA2 mutation on to them, I also know that by then, organisations like Pink Hope, as well as science and medicine, will be on their side, almost as much as I will be.

These years have definitely been challenging, to say the least, but they only remind me of what an amazing support system I have. My family, friends, and my now fiancé, Nathan, are who gets me through the sticky stuff and I’m forever thankful for them.

The biggest thing I’ve learned throughout this whole experience is that no matter how hard things get, I can always pick myself back up again. But I certainly can’t take all the credit when Pink Hope has been a massive support for me over the years. I would highly recommend to those who have received news that has such an impact on their lives that they seek out a community that can provide them with support and resources like Pink Hope has for me.