Jodie's Story - "I'm so glad I listened to my body" 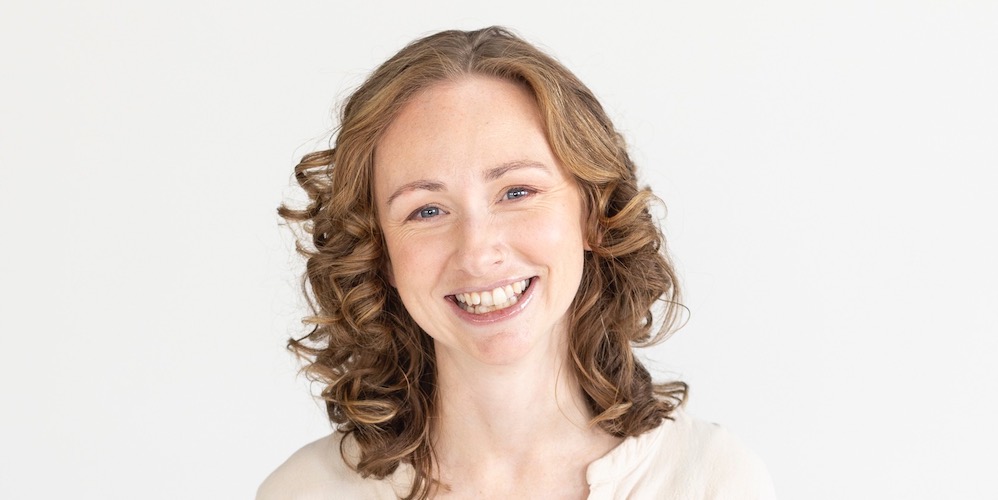 Jodie is 35 years old. She is married with two sons, 5 and 7 years. She was diagnosed with triple positive HER2 breast cancer. While there is no close history of breast cancer in her family, she has the BRCA2 gene mutation which, along with her sister, she inherited from their father’s side.

“My sub-conscious knew I was ill before my body showed any physical signs. In February 2018 I began having recurring, vivid dreams- nightmares really – that I had cancer. They were extremely realistic and constant. I’d wake up crying they felt so real. After having the nightmares for a few months, my husband made me see a doctor. I had an ultrasound but they didn’t find anything. The dreams went away – I felt reassure that nothing was wrong.

“Then in October, the dreams came back. I began to check my breasts regularly myself – even though the scans had shown that there was nothing present in my breasts. I was a boxing, and I was quite fit. I’d come home from working out, have a shower and check my breasts – almost every day. Then, just after New Year’s in 2020, I found a lump in my left breast. It was the size of a pea.

“I immediately made an appointment with my GP for the following day. She confirmed the presence of a lump and sent me for an ultrasound. The technician was lovely, friendly and bubbly, until she saw the started scanning and saw the lump. Suddenly, all was quiet and I could tell straight away that it wasn’t good news.

“It felt as though my nightmares were coming true. I started crying then. I had to wait for the weekend to pass before I could go back to my GP for my results. It was a very long weekend!

“My GP told me it was serious and that I needed a biopsy. They’d already made the appointment for me with a breast surgeon – I knew they weren’t taking this lightly. They did a fine needle aspiration and the cloudy, brownish liquid told them it was malignant. They just needed to find out what type of cancer it was.

“This was for a cell biopsy: the doctor makes a small incision near your lump, then using a gun-type device they take a sample from the tumour. I say ‘gun’ because it makes a loud bang when in use. They took around five to six samples. It didn’t hurt – they do numb the area and it feels like an internal pinch - but it did bruise me badly. Even now, three years later, I still have faint bruising.

“My breast surgeon recommended I have genetic testing done to help them decide on my course of treatment. I was given my diagnosis: triple positive HER2 breast cancer, it was also evident in my lymph nodes. Depending on my genetic testing results, I could have a mastectomy – a bilateral mastectomy along with a central node biopsy. I didn’t take the news in at first- there was just so much to process. Thankfully, a friend who works with ovarian cancer helped me understand what this meant.

I wasn’t fully prepared for what she told me. I had five years to live. But with successful treatment and surgery I would have a chance at living longer. The type of cancer I had is extremely aggressive, the cells multiply extremely fast. The good news was that my type of cancer responds really well to treatment. I held onto that information.

“I began neoadjuvant chemotherapy straightaway. This is known as the pre-chemo chemotherapy. It’s used to shrink a cancerous tumor using drugs before moving onto other treatments, such as surgery. I did six rounds of neoadjuvant chemo, plus docetaxel and carboplatin treatment (this is also used to shrink tumours). I paid $11,000 for an immunotherapy treatment: this treatment is thought to work by slowing the growth and spread of cancer cells, and by helping the immune system destroy existing cancer cells. to .And I also had Herceptin. The treatment took place every three weeks for six months.

“I was bedridden for the two weeks after each treatment. I would vomit, have diarrhoea. I lost 10kg in 48 hours after one treatment. I was hospitalized then to try and replace lost fluids and nutrition. I lost my hair too.

“Halfway through, my surgeon Dr Belinda Brown, confirmed that the tumours were softening. Which mean the chemo was working. I finished the chemo (six months in all) and had a sentinel node biopsy. Firstly, I to have my IUD marina removed as the hormones in it was feeding the chemo. That was pretty brutal having that removed.

“I had a sentinel node biopsy in June 2020. I stayed just one night in the hospital – it wasn’t too painful. By this time, my genetic testing results had shown that I had the BRCA2 gene. My oncology team and I made the decision to have both breasts removed. This was right when the pandemic was in full swing, with lockdowns and doctors being furloughed.

“I wanted a double mastectomy with reconstruction. But the COVID restrictions meant I wasn’t allowed to have that surgery right then. I was prepared to have the operation and to be flat-chested. Thankfully, a couple before days before my scheduled surgery, I received the wonderful news that I could have a reconstruction. I met with a plastic surgeon and planned for expanders to be inserted once the mastectomy was done.

“I was so exhausted by this time – physically and emotionally: it took me almost three days to wake up from surgery. When I did finally come round, I asked the nurse to take me to the bathroom. I wanted to take a photograph of my new breasts. I remember thinking ‘wow, they’re amazing!’. They were black and blue, but they looked fantastic! The plastic surgeon had managed to save my nipples. So, even though the breasts were smaller than I’d wanted (because I’d lost so much weight, they didn’t have a lot of skin to use), I was thrilled with them. I had breastfed both my children, so it felt like I still had part of me. I hadn’t realized how attached I was to my nipples!

“Unfortunately, I kept getting infections and the skin, especially on the left side, became necrotic. Because of Covid I was unable to see a doctor face-to-face, so they didn’t realise how bad it became.

“By May 2021 I had finished with the Herceptin course, and I thought I was done. But they threw a curveball at me: I had to take oral chemo for 12 months – six tablets a day. This was to prevent the cancer coming back in the future (at the moment, the hope is I’ll have five to 20 years cancer free).

“I always say that Santa brought me breasts for Christmas. At the start of December 2020, I received a welcome phone call: I was getting my implants put in just before Christmas time. It was the nicest present I could receive.

“After the hardness of the expanders, my new breasts with implants felt so real and soft. There was very little pain.

“My breasts aren’t pretty. There’s a lot of scarring from the necrosis. They’re smaller than they were before and they’re still quite blue and bruised. My left breast still looks a little strange – with dimpling and puckering – so my surgeon and I have decided to have a reconstruction through fat grafting. There’s such a backlog for surgeries due to Covid it’ll take some time before I have this.

“My body's a lot healthier now. I finished my last load of oral chemo about ten weeks ago. I’m gaining weight and can feel my energy levels returning.

“One of the silver linings of my ordeal was meeting my now-business partner. She had triple negative breast cancer, and we met through Pink Hope. We hit it off so well that we’ve now bought a chiropractor practice. We make sure women who are going through a similar journey receive special treatment to help their body and mind cope.

“Pink Hope is a wonderful place for people with cancer to share their stories, you really are ‘supporting your girls’! It’s good therapy to share what you’re feeling. I’m young, but since I had a hysterectomy (to reduce the risk of ovarian cancer) I’ve gone into medical menopause.

“My libido has been affected dramatically. But it’s something people just don’t talk about. That’s where forums such as Pink Hope, and the women you meet through there, are invaluable. Otherwise, you feel a bit alone about it all.

“Since my diagnosis and operations, I no longer have vivid dreams. Obviously, my mind and body were trying to tell me something. I’m just glad I listened.”