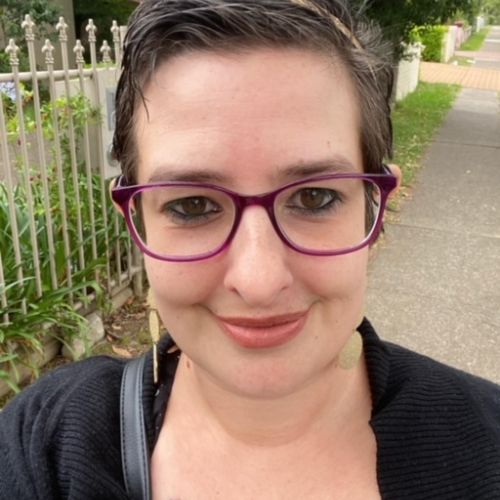 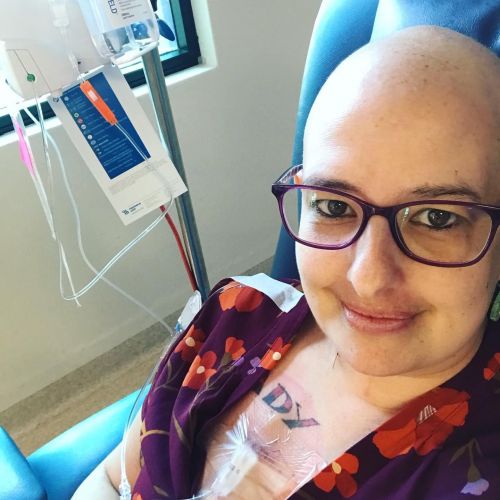 Kristy Fischer was 36 years old when she was diagnosed with Paget disease, a rare type of cancer that involves the skin of the nipple. Most people with Paget’s disease present with one or more tumours inside the same breast, but this wasn’t the case for Kristy.

‘I had no lumps, just an itchy nipple,’ she shares from her home in Western Sydney.

‘The only reason I mentioned anything was because I had a really itchy nipple, and I had my nipples pierced. My GP looked at it and said that we need to get a biopsy. Luckily, she had seen Paget’s before, and ten days later I was diagnosed,’

Kristy underwent a mammogram and an ultrasound, where they found the secondary cancer. She was diagnosed as Stage 2B. Within weeks of Kristy’s diagnosis, she was booked in for a double mastectomy with reconstruction. Six weeks later, she underwent chemotherapy for six months and then radiation and is now on hormone therapy.

‘It was all very strange, and it all happened so fast,’ she says.

Kristy didn’t have any family history of breast cancer or of Paget’s.

It was simply a case of bad luck.

‘It’s a traumatic experience,’ Kristy shares openly. ‘I made the decisions on my own, and I wasn’t listening to anyone else except for my doctors. It was a whirlwind - everything just happens so fast and then in the later half, I would describe it as lonely,’

Kristy shares that she had support from her stepfather and mother, as one would accompany her to chemotherapy and after surgery, they moved in and lived with her for six weeks to look after her.

‘When radiation started, it was very different,’ Kristy says.

‘Like my supports, I thought radiation was going to be much easier than chemo, but it wasn’t.  I felt very alone, to be honest I found radiation harder than chemo as my physical and emotional supports were not as strong, partially due to covid,’

When asked about whether she felt prepared before starting treatment, Kristy says no.

‘Chemo, I felt okay with. The chemo ward and the nurses were brilliant. My oncologist was a little iffy, but the nurses were just great. But my surgeon, I had a problem with. I’ve had a ruptured implant. I didn’t realise it at the time, as I was just thrown ‘you have cancer’ but I felt like my surgeon didn’t really tell me anything. It’s been two years and one implant is already ruptured, so I’m on a waiting list to see someone else,’ she recalls.

‘I think, only because of what I know now, I wish I would have explored other options [when it comes to reconstruction]. I went straight to implants because she [surgeon] told me to. I don’t do it anymore, but back then I would listen to what the doctor said and that is gospel. Whereas now, I will question and advocate for myself,’

‘When treatment finished… it actually makes me quite emotional to think about it. There’s no support after you’re done, no information, and if something hurts, you think it must be cancer,’ she says.

Kristy’s feelings are shared by many in the cancer community who believe more needs to be done for patients after completing treatment.

‘I think people need to open their eyes because it’s in our faces. Maybe because I’m in the cancer community, but I feel like it’s in our faces every day that more and more younger people are getting cancer and everyone knows someone who has had cancer,’ she says.

Breast cancer is the most common cancer affecting Australian women.

According to Breast Cancer Network Australia, in 2021, it is projected that almost 20,000 people will be diagnosed with breast cancer of some type. That’s an average of 55 people per day.

When asked if she has a message for women everywhere, she says all about knowing your body.

‘Know your body and don’t be afraid to speak up when something is wrong. Get checked regularly and know that it’s not always a lump, I just had an itchy nipple. Be your own advocate, and don’t’ be afraid to ask for help and ask questions.’ 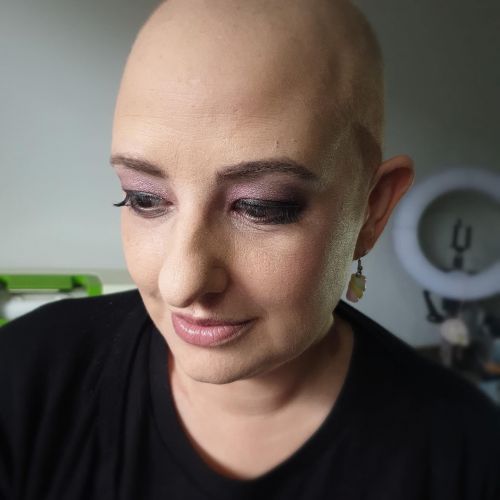 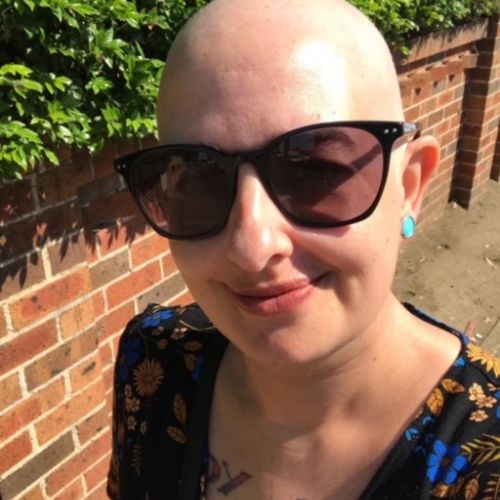