Tamara's Story - "Knowing I had the BRCA gene has given me choices about my future. It’s put me in control" 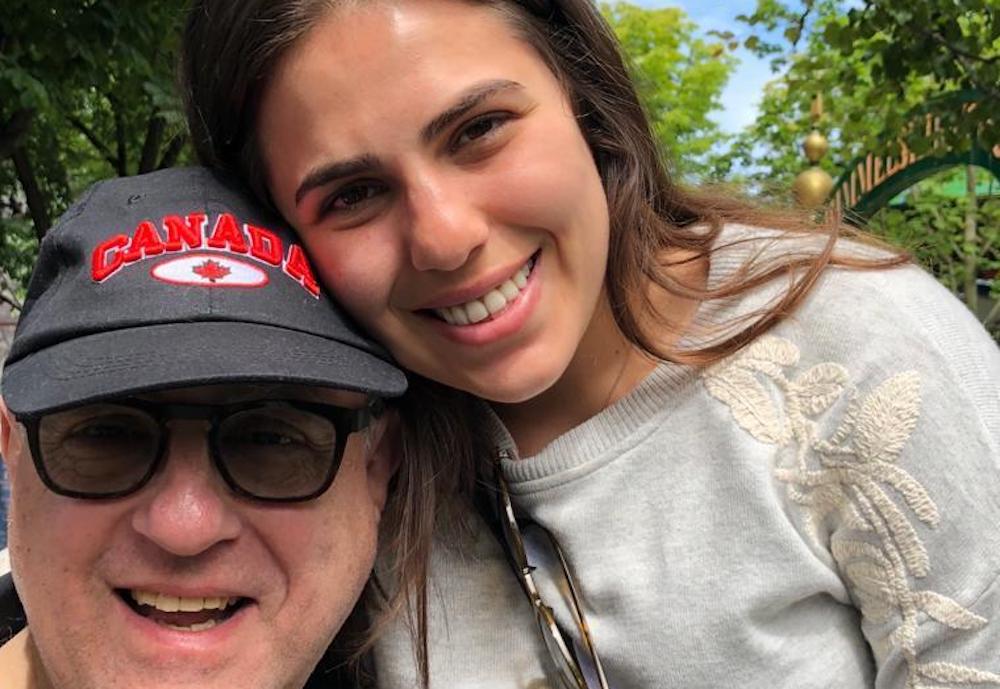 My name is Tamara Wolf, I’m 30 years old. My father was diagnosed with male breast cancer when he was 38 years old. I was just two when he underwent a double mastectomy and radiation. Today’s he’s in his mid-60s and is doing wonderfully.

But he did. And that is part of my history. My father’s doctor – Dr Lesley Andrews – found that he had the BRCA gene. She suggested that my sister and I start screening for breast cancer 10 years prior to the age our father was when he was diagnosed. It was at this time that we also learnt more about genetic testing.

When I was 25 and my sister Sarah was 27, we went together to the breast cancer clinic for screening. The screening process was pretty simple – every six months I had either a mammogram or a mammogram, MRI and ultrasound. After one year of screening and coming to understand what ‘scanxitey’ meant for me, I decided that I wanted find out if I had the BRCA gene. We are Ashkenazi Jewish; BRCA mutations occur in 1 in 40 people with Ashkenazi Jewish heritage (compared to the general population who have a 1 in 400 chance of carrying a BRCA mutation). Dr Andrews had stayed in touch with my family over the years, and when I was ready I called her to discuss the process and book an appointment. After testing I had waited 6 weeks to get the results.

My BRCA strain is not one of the three Ashkenazi Jewish strains. My sister was also tested, but does not carry the gene. My father calls me his ‘bosom buddy!’.

I decided that I would have a nipple-sparing double mastectomy. In my personal case, I had to undergo a breast reduction first to preserve my nipple during my mastectomy. As I understand it there’s a specific measurement between collarbone and nipple required in order to be able to retain the nipple. After this first operation, I decided I wanted to take some time between operations and actually moved to London, a dream on my bucket list. I was able to navigate the healthcare system in the UK and although there was a bit of a battle, I was able to arrange continual breast screening aligned to my Australian doctors recommendations.

Around two years later, I decided to go ahead with my double mastectomy. I returned to Australia, just as the pandemic and lockdown hit. Three days into quarantine my surgery was cancelled. After a few bumps in the road my surgery ended up taking place six weeks after it was originally scheduled. The seven hour surgery involved a double mastectomy with implants inserted.

Recovery was a challenging time, emotionally more than physically: I could only have one parent visit me in hospital to help me wash, shower and deal with my dressings. After I returned home, it was, strangely, a lovely time, spending quality time with my family.

Around four months later I was able to return to the UK. My boyfriend had remained in the UK during this time. It was a little strange returning to him with this new body. I don’t have much scarring, but he was and is amazingly supportive of me and what I’d been through. Nothing has changed between us and I don’t feel any different about my body now.

Now that I have been able to reduce my breast cancer risk, the next part of my BRCA journey has always been to focus on my ovarian cancer risk and genetic testing for future children (if we decide to have them). This would include pre-implementation genetic testing. Right now though, I’m enjoying living in London and we want to make up for lost time with some travels.

I’m very open about my story. When I was first told I had the BRCA gene, a colleague introduced me to the Pink Hope. I went to an event hosted by them and connected with many people. Even on the other side of the world we’re all still in contact. It’s an amazing resource, for support and knowledge. Particularly within the Jewish community – we have two elements in common: our diagnosis and our heritage.

I’ve made some bold decision since I found out I had the BRCA gene. I’ve always been determined. It was a powerful moment in my life when I found out, it put me in the strong position as though I could look into a crystal ball to see my future. And at that signpost I chose to take control of my life and my future health. So I consider myself to be lucky.