The facts about breast cancer in men 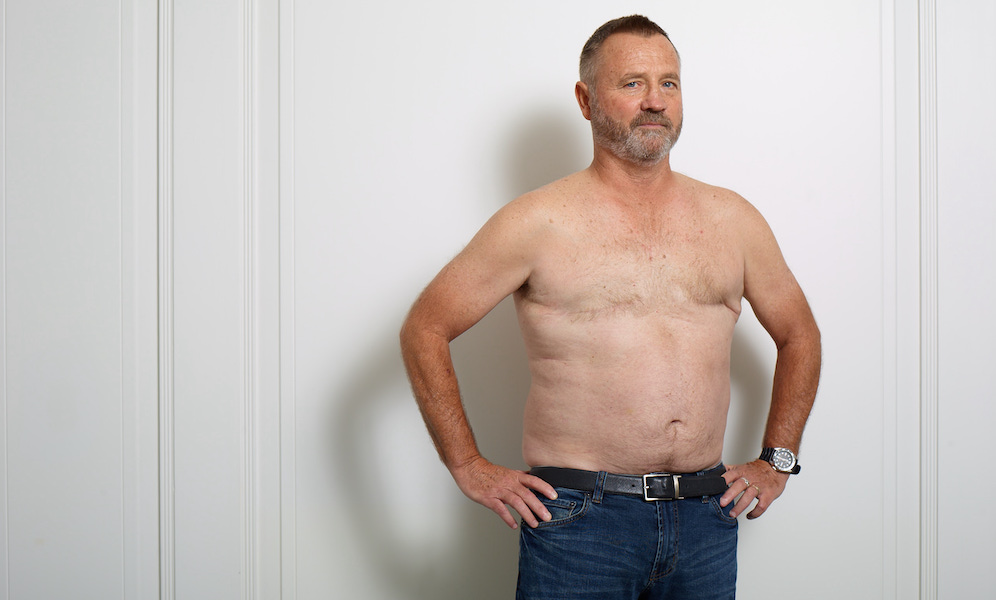 It may surprise you to find out that breast cancer can also occur in men, though it’s not very common – less than 1% of all breast cancers occur in men. Men with a BRCA1 and BRCA2 gene mutation have a slightly increased risk. Breast cancer in men is the same disease that affects women. Men have less breast tissue than women and most of it is behind the nipple.

The most common breast cancer found in men is invasive ductal carcinoma which typically presents as a lump. However, there are other symptoms that men should know.

The most common risk factors are getting older, most male breast cancer occurs in people over 50, a family history of male or female breast or ovarian cancer (although most men don’t have a family history of the disease), high oestrogen levels, Klinefelter’s syndrome, some testicular disorders, and radiation exposure

Similar to women, lifestyle changes can help lower the risk of many cancers. Eating healthy food, drinking less alcohol, getting more exercise and quitting smoking can help reduce your risk of many cancers. If you suspect there is a genetic predisposition to breast cancer in the family, it’s worth talking to a doctor about genetic testing.

As men with a BRCA mutation have an increased risk of developing prostate cancer, it’s worth discussing prostate cancer screening with a doctor. It’s important for men to be aware of any changes or lumps on their chest wall or nipple and report these to a doctor promptly.

Men with a BRCA1 and BRCA2 gene mutation have a slightly increased risk (estimated between 1 and 6%) of breast cancer when compared to the average man. However, men with BRCA2 gene mutation have an estimated 15% chance of developing prostate cancer by 65 years old. It’s believed men with a mutated BRCA1 gene only have a slightly increased risk of developing prostate cancer.

Many men don’t realise they can inherit BRCA1 or BRCA2 mutations and there are health risks for them to consider. There’s also a 50% chance of each of their children inheriting the mutated gene. So it’s important to make sure men in your family are aware of these issues.

Some men don’t find it easy to talk about their health or look after their health. Making sure men have information they can take away with them as well as making it clear how to contact those who can help can be useful in encouraging them to act.