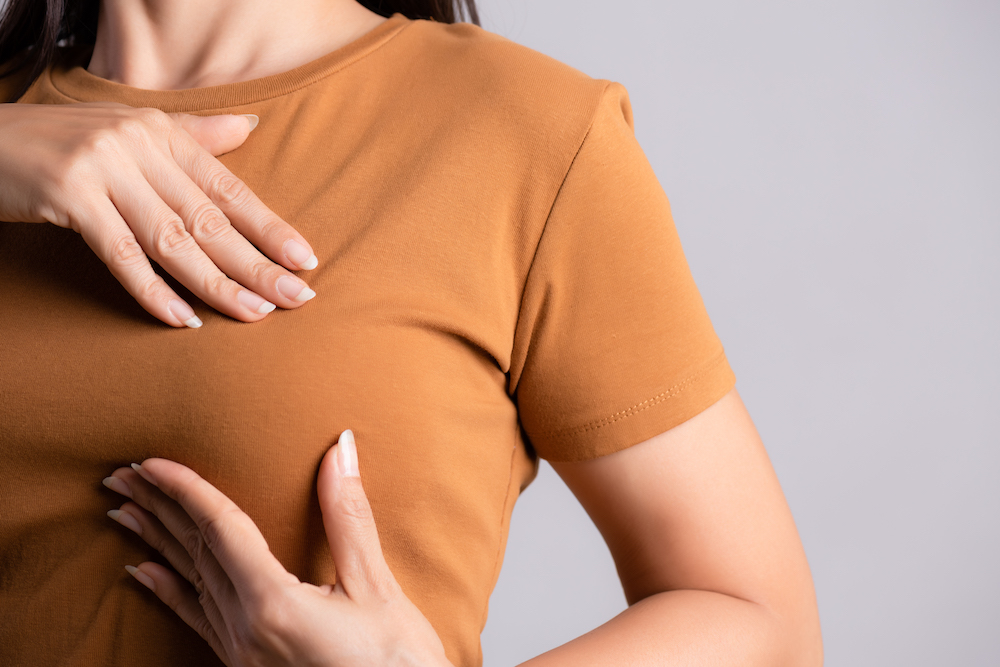 Risk reducing surgery removes body tissue that is most likely to be at risk for cancer. Such surgeries can greatly reduce your risk. Undergoing these surgeries is a big and very personal decision and must be discussed in length with your healthcare team.

Risk-reducing breast surgery (removal of both breasts which is called bilateral mastectomies) is an option for women who have a high lifetime breast cancer risk. Most women also have reconstruction of their breasts in a process that starts at the time of the breast removal (mastectomy). There are various types of reconstruction available. What works best for you will depend on many factors including body type and recovery options. You and your surgeon are best placed to discuss the best options for you.

Some helpful questions that you could ask your surgeon include:

A mastectomy is the medical term for the surgical removal of one breast. Mastectomy is usually done to treat breast cancer. Risk-reducing mastectomies is the term for the removal of both breasts to minimise risk of cancer developing in breasts that do not currently have cancer. This is sometimes also called bilateral prophylactic mastectomy.

In a small percentage of women who undergo this surgery, breast cancer is found at the time of surgery or when the tissue is sent to the pathology laboratory to be checked.

When deciding whether risk-reducing mastectomies are right for you, it’s important to know what’s involved. Talking to a breast surgeon and reconstructive surgeon about your particular situation is the best way of finding out what the surgery may involve and what it means for you.

There are a number of different types of mastectomies.

In theory, if all the breast tissue is removed, a woman’s risk of developing breast cancer should be eliminated. In practice, all the breast tissue that can be seen by the surgeon is removed. Unfortunately, it is not possible to remove every single breast cell, so there is still a small risk (2-5%) of developing breast cancer after risk-reducing mastectomies. As with any surgery, everyone responds differently to mastectomies. Most side effects can be reduced or managed with appropriate care.

Common side effects of mastectomies include: Pain, discomfort or numbness in the breast and/or armpit while the wounds are healing. This usually settles after a few weeks. Fluid may collect in or around the scar in the breast or armpit. This is called a seroma and may need to be drained using a fine needle and a syringe. This can be done by a breast care nurse or another health professional in the clinic or by a GP. Stiffness in the arm or shoulder. It may be helpful to do some approved exercises after surgery. Numbness or tingling in the arm or shoulder if lymph nodes have been removed. This may improve with time but feeling in these areas may change permanently. Mild pain in the armpit or upper arm. This can last a year or more after surgery if lymph nodes have been removed.

Side effects that sometimes develop after mastectomies include swelling or bruising around the wound in the chest or armpit. This usually settles in a few weeks.Bleeding and infection.

If lymph nodes have been removed, there may be swelling in the arm, breast, hand or chest that lasts after the initial side effects of surgery are over. This is called lymphoedema and can develop a few months or years after surgery.

Breast reconstruction is a procedure where the breast is rebuilt either using implants, tissue from another part of the body or a combination of both techniques. It is performed by a breast and/or plastic surgeon with expertise in breast reconstruction. However, reconstruction after mastectomies to reduce cancer risk is not the same as having surgery to enlarge the breasts for cosmetic reasons. After risk-reducing mastectomies and reconstruction the breast will look ‘lifelike’ under clothing but may actually look and feel different to how it did originally. There are different types of reconstruction procedures available. You will be given options and your preference may depend on the amount of time you have to allow for being in hospital and the recovery time when you will not be able to lift things, do housework and drive.

Although your preference is important, the type of surgery and method used will depend on many additional factors, some of which include your weight, body shape (and whether you’re a smoker, as this affects tissue healing). Other health issues such as diabetes or auto-immune conditions (e.g. lupus) can also affect tissue healing. In addition to talking to your surgeon about reconstructive options, you may also find it useful to talk to other women who have had surgery to have a realistic expectation about the results.

Here is a brief introduction to the different types of reconstruction, followed by a section that gives the pros and cons of each approach.

Breast reconstruction using implants involves rebuilding a breast shape by inserting a breast implant under the skin and muscle on the chest. There are two main types of implant surgery- tissue expanders and direct to implant.

Advantages of implants include shorter hospital stays and recovery periods and surgery and scarring is only in and around the breast area. Disadvantages include the fact that reconstructed breasts may not be as natural looking (when unclothed) as with other types of breast reconstruction. With clothes on, however, your breast shape will look ‘lifelike’.

Scar tissue can form around the implants making the breasts feel firm and uncomfortable.

The implants may have to be replaced later or removed if there is an infection.

This technique is generally preferred for tissue reconstruction. A deep inferior epigastric perforator (DIEP) flap breast reconstruction rebuilds a breast shape by moving skin and fatty tissue from the abdomen (tummy) to the chest. The term ‘DIEP’ is the name of the blood vessels that provide blood supply to the tissue that is moved. A woman must have enough abdominal (tummy) fat but also not too much. No abdominal muscle is used in this procedure.

Advantages include the fact that it produces the most natural looking breast, and the reconstructed breast will change in size if the woman gains or loses weight. There is less risk of abdominal wall weakness and hernia compared to the TRAM procedure as the abdominal muscle is not used for reconstruction. A quicker recovery than the TRAM procedure is expected as the abdominal muscle remains intact.

Disadvantages include a scar across the stomach, a small risk the tissue moved to the chest will not ‘take’, meaning the tissue will die and if this happens another operation will be needed, hospital stay and recovery time will be longer than with implant-only reconstruction and you won’t be able to drive or lift heavy objects for several weeks after surgery.

Advantages include natural looking breasts, and the reconstructed breast will change in size if the woman gains or loses weight.

Disadvantages include a scar across the stomach, possible loss of strength in her stomach muscles and risk of developing a hernia. There is also a small risk the tissue moved to the chest will not ‘take’, meaning the tissue will die and if this happens another operation will be needed. The hospital stay and recovery time will be longer than with implant-only reconstruction, and you won’t be able to drive or lift heavy objects for several weeks after surgery.

Latissimus dorsi (LD) flap breast reconstruction involves rebuilding a breast shape by moving skin, fatty tissue and muscle from the back (where the LD muscles are below the shoulder blades) to the chest. Tissue expanders (which are later replaced with permanent implants) are sometimes also used to create sufficient breast size.

Advantages include a more natural looking breast than implant-only reconstructions. The reconstructed breast will change in size if the woman gains or loses weight.

Disadvantages include a scar on the back and possible loss of strength in the arm. There is a small risk the tissue moved to the chest will not ‘take’, meaning the tissue will die. If this happens another operation will be needed. The hospital stay and recovery time will be longer than with implant-only reconstruction.

It is possible to reconstruct a nipple after breast surgery. This can be done using skin from the breast or tissue from another part of the body. The area around the nipple can be coloured to match the other breast using a tattoo. The reconstructed nipple usually does not have any feeling. Some women prefer to use a nipple prosthesis, which can be attached to the reconstructed breast using special glue.

In fat grafting (also called autologous fat transfer), fat tissue is removed from other body parts, usually thighs, belly and buttocks, by liposuction and injected into the breast area.

This procedure is relatively new, so no large studies have been done on this technique and it is not widely offered.

All surgery has a risk of complications. The main possible complications are infection, bleeding and/or a blood clot forming in the leg (known as deep vein thrombosis or DVT), which may then lead to a blood clot on the lung (called a pulmonary embolism). These are rare and clinicians will make every effort to prevent them. As with all surgery that requires a general anesthetic, there is a very small risk of other more serious complications such as chest infection or even death. These risks are low in breast surgery, although they are slightly increased in women who have heart or lung conditions or diabetes.

Possible complications should be discussed with your surgeon and anesthetist.

Some women choose not to have a breast reconstruction after risk reducing breast surgery. You can choose to wear a breast prosthesis, or you can choose to go flat. This is a personal decision and is one only you can make. To help make this decision, BRECONDA is an online breast reconstruction decision aid that has been developed to help you through the decision making process.